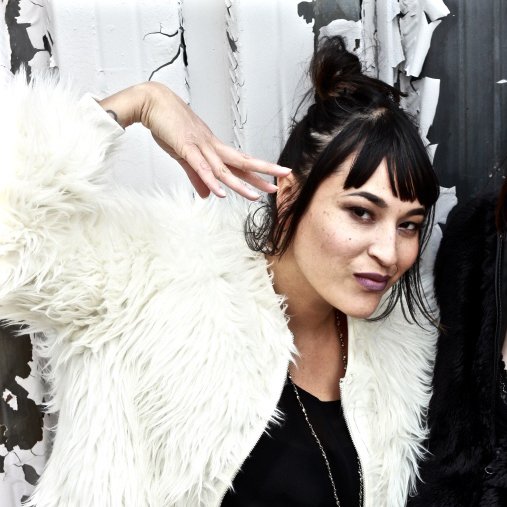 JL Whitecrow is Muskrat clan from Seine River First Nations, Treaty #3. She is a writer, director, and producer of short films, both fiction & non-fiction, and is developing her first feature-length narrative film and a web-series.

Her narrative works are experiments in world-building, focusing on deconstructing gender binaries & sexuality, and themes of epistemology, spirituality, esotericism, and the occult. Her visual style is lush and surreal, visually intoxicating and intuitive. With her experiments in non-fiction, she is interested in the concept of the social imaginary, traditional knowledge gathering and transmission, cultural artefacts, and Anishinaabeg philosophy.

Like many of our First Nations artists, JL is not professionally trained in the arts. She is committed to D.I.Y (Do-It-Yourself) approaches and to experiential learning. She has been painting and illustrating since the age of four, and writing and creating in various mediums since her teen years. She studied cognitive science and philosophy at York University, and has worked for over fifteen years in the community-development & social work field on issues affecting indigenous children & youth (loss of culture & identity, transitions, and building resiliency), both as a grass-roots worker and in administration and policy.

On her spare time, she’s on stage as a front-person for a riot-girl art-punk band called SLUTCODE, and/or writing & performing comedy in an Indigenous female comedy collective called Manifest Destiny’s Child. Her hobbies include cooking, gardening, dancing, playing with synthesizers, and hand-drumming.

She believes that her entire life experience has aligned her with story-telling, and that her gift is to inspire and help others achieve greatness.

Likes:
1
Samantha Soulierenext
We use cookies to ensure that we give you the best experience on our website. If you continue to use this site we will assume that you are happy with it.Ok